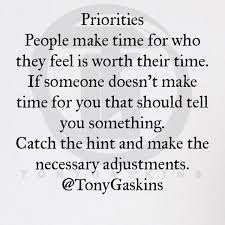 I woke up this morning compelled to talk about this.. I feel like since I turned 40 I've just become more clear about what I need to be chasing and what I do not..  I think sometimes we spend too much time chasing after things that are not chasing us.. Because lets think about it.. If you are having to CHASE something, that means its running FROM you.. Now, why would we want to be chasing something that is wanting to run away from us? I don't know, but we all do it.. 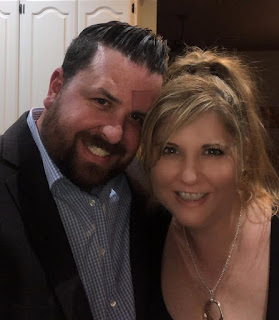 Chasing Relationships.. When we are younger, we usually at some point end up chasing a relationship that is not worth our time. We end up chasing the things we "thought" the relationship was, or would be.. or at some point was.. but then we keep chasing it because we want it back. Even if we realize its really not worth chasing, we still chase it because sometimes (as humans) we would rather have something toxic, than to be alone.. But.. in relationships you really have to think about it.. Do you really want to be chasing someone that is running from you? Someone that doesn't think you are worth running toward? NO. So stop chasing them.. in fact.. My favorite country saying on this is "Don't let the door hitcha where the Good Lord Splicha"..  I will tell you this.. when I finally found the ONE (Jordan) It wasn't just me chasing after him.. he was running toward me, and that makes all the difference in the world. So wait for the one that runs toward you. Its worth it. 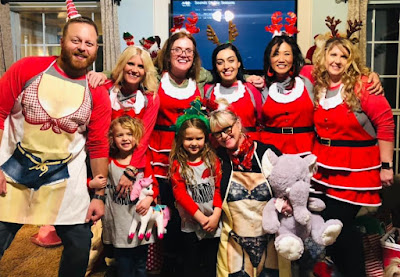 Chasing Friends.. I used to spend a lot of time chasing friends.. I would always be the one that setup the hang out.. or invited them to lunch.. or asked them to come over. I was the one always texting to check in.. or asking how they were doing. At some point in the past few years I've realized.. "People make time for things they want to do".. so.. guess what? That wasn't me. They didn't care that much about spending time with me.. texting me back.. or meeting me for lunch.. because if they did, they would show up, and they didn't.. so I moved on.. Run toward friends who run toward you and for you. 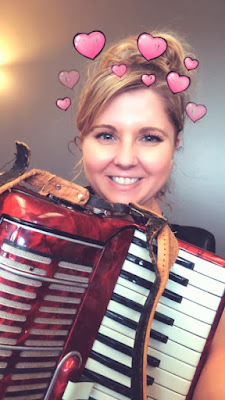 Chasing Career.. Oh man.. I did this for so dang long! I thought I for sure had to be the #1 Radio Morning show in a Large Market.. and I did everything it took to make that happen.. I do not regret that. I still love doing radio, and its for SURE my passion. But I've realized now, that I'm in a different place. I'm a wife. I'm a mom, and those are Super important jobs, so I can't continue to be obsessed about my career because I have to be obsessed with my marriage and my kids right now. Its a different stage of life, and its OK. I chased the carrot for so long, and did so many amazing things! I'm grateful for all those opportunities, and now I'm super blessed to get to Still do Radio while being a good wife and mom (Thank you Hank FM for being amazing to work for) Its all about compromise. Run toward a career that rewards you. 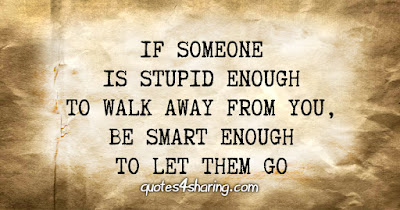 So as I was thinking about this.. I realized its way more fun to Chase things that are running toward you. I have an amazing Husband that loves me and runs towards me.. Hilarious Kids that run toward me.. an Awesome group of friends that run toward me, lift me up daily, show up, and fulfill me. I also have a Savior that is always willing to run toward me.. even after I've done something stupid.. or let him down, He still shows me grace. He's never too busy to listen to me, and He is present in my life.. I should run toward him more.

Run Toward things that will run back to you. Run toward people who are not only running toward you, but meeting you half way. Remember People make time for the things they want to do.. so if they aren't making time for you, thats OK.. but don't bust your butt to try to convince them to. I am a good time. My kids are also pretty entertaining.. if people don't want to be around Me, or them, that is OK.. but I'm no longer going to beg for it to happen, and I'm not going to seek that out. I have so many people who DO want to be in their lives,  DO want to be in mine, that DO show up, that THOSE people are who I'm going to run after.. because if we are being honest, I'm tired, and ain't nobody got time for chasing people..


"Make Room for what matters... Let go of what doesn't" 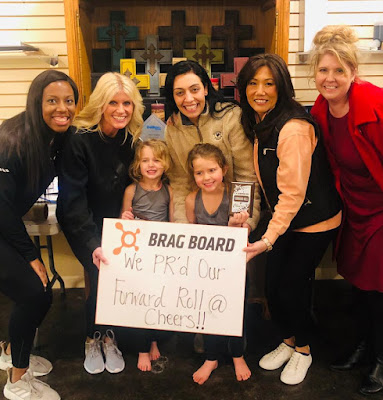