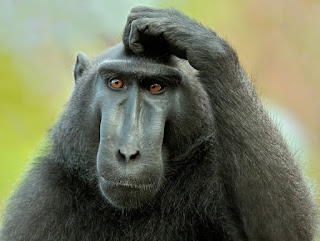 Over the past few weeks I have done some ridiculous things..

As previously mentioned.. I am still getting into other people's cars. I have no idea why this keeps happening. The other day I met mom to drop off the girls in Weatherford.. She was driving her Car.. For some reason, My mind did not acknowledge this.. I got all the girls stuff out and proceeded to put it into a white Pickup.. When I opened the door I only saw ONE carseat.. so I was like "Geez Mom, you forgot the other seat?".. No dummy.. You are in the wrong damn car!.. The worst part of this? The guy who's truck I was in.. didn't say a word.. Just like he kindof assumed I was crazy and would figure it out..and I did.. meanwhile Mom is laughing hysterically. #jerk. Lol..

Then.. I signed up, as a good steward to take a meal to a couple in our class that just had a baby.. I told them I would call in Cafe 7, and the hubby could pick it up on his way home from work since they were staying at her in-laws house.. She calls me at 6:00.. "Um, KC, is it under another name?".. Um no.. its not.. BECAUSE I NEVER CALLED IT IN.. I'm dumb. What is wrong with me! So I have to race around, call it in, and thankfully, because its Cafe 7, it was ready in 7 minutes..

Oh, and lets not forget about me meeting my friend Kristen at Zoey's Cafe.. We go there for a great lunch and chat about how crazy we are lately.. having trouble telling whether we are coming or going with 2 year olds.. Delicious conversation and food.. I leave.. Satisfied mentally and physically.. Next day I'm in the drive through at City Bites grabbing a sandwich.. Hmm.. thats odd.. where's my billfold? I don't know.. Where was the last place I saw it? I'm not sure..... Where is it?? Where is it!!! ITS AT ZOEY'S KITCHEN WHERE YOU LEFT IT YESTERDAY IDIOT!!.. So thankfully, I call, they have it, they give it back to me. Thank you Zoey's Kitchen for serving delicious food and keeping my wallet safe for me..

So as you can see... Pregnancy Brain lasts WAAAY past pregnancy.. Its still happening.. I leave my phone laying places, I forget Payslee is in the girls room and lock her in there.. I lose things that I literally just bought.. I go into a room only to forget what I went in there for.. I leave things in random places all the time..Its sad.. Its pathetic.. its Motherhood..and Getting old.. Both of which I am in the midst of..

So If I was supposed to bring you dinner.. or I accidentally got into your car.. Forgive me.. I'm Twinning..

In other news.. Its Halloween Week! We are going to the Crossings Fall Carnival.. It will be so much fun! Cross is going to be a Toad, and LL a Bumblebee.. Mom is coming up to go with us.. It will be fun with bounce houses, candy, games and more. We are excited. We took the girls to Storybook Forest in Arcadia on Tuesday and they LOVED it! So cute and fun.. Not a ton of fun for older kids (I'd say cutoff is probably 10) but little kids had a blast.. and the girls are now saying "Trick or Treat" and taking candy, lol.. 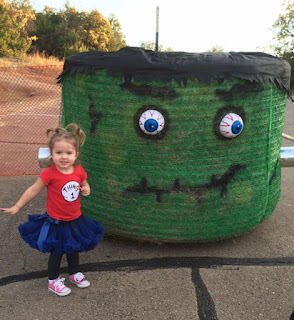 This morning Cross & I were playing with her puppet Harold. He's a monkey, and I make him talk and play with her daily. She loves him. Well MJ was being funny and imitating me.. She looked over and said "Daddy! No! Stop it! Only Mommy is Harold!".. he said "Cross.. You aren't the boss of me, I can do what I want!"... She looked back at him and said "Daddy, I a Bowwwse!".. She is saying "Boss" Like Rhymes with "Louse".. I'm a Bouse! lol.. Its hilarious.. She's hilarious.. We are in trouble.. 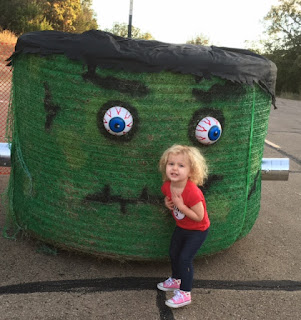 Posted by KC Sheperd at 8:52 AM No comments:

Ahh Yes.. we have moved.. Finally.. and Yup, its been just as sucky as I expected it to be.. and that was WITH Fantastic Movers..

I just really hate moving. I mean there is nothing great about having to pile all your crap in boxes and move it somewhere else.. especially when you have the amounts of Crap that I have.. I know I should probably get rid of it.. but I keep stuff like 3 boxes of CD's.. and backstage passes.. autographed Pictures.. and College pictures.. I know my radio days are probably over.. but I still hang onto all that memorabilia for some reason.. Maybe if I move again I'll be ready to cut the strings and give it up.. but not now.. 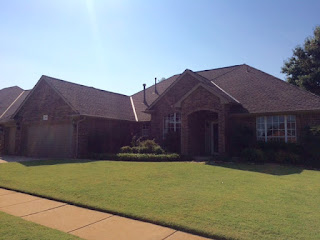 I've realized that when moving, no matter how much you try to prepare.. you just aren't ready.. Crap keeps multiplying out of the walls or something.. more more more! We had most of our stuff loaded up, and Mom took the girls to the farm to play while we were doing all this.. which was amazing. If you have ever tried to pack with toddlers.. let me tell you, its not ideal. We had called All Star Moving to come Move us.. and Praise the Lord for those guys.. They did an awesome job.. and moved it all, but man, I felt sad for them just looking at the piles of boxes, furniture, and random crap.. ugh. Thanks to those guys for being awesome..and yes, you should call them when you move next time..

But... we survived.. We are in.. and in more important news.. The Giant.. Made it too.. As many of you know (per facebook) Crosslee is obsessed with a 20ft Grim Reaper inflatable that she has named "Giant".. she feeds him, waters him, and tells him "night night" when he slumps over and we unplug him. She even hugs him while he is slumped and says "SHH.. Giant is sleepin!".. We had to move him from the front yard to the back yard because she was so obsessed with visiting him that we couldn't let her just meander around the front yard by herself.. so here he is in the back yard.. 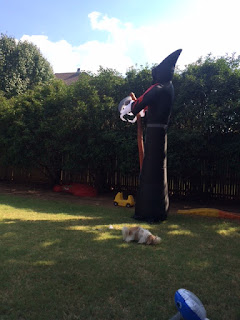 We love the new house, love our new back yard, and even love the giant.. Although I'm starting to wonder what is going to happen when Halloween is over? Cross seems to want the giant to stick around.. so I'm not sure how we are going to tackle that one.. other than to end up with a year-round grim reaper.. Lucky Us.. and Yeah, Welcome to the Neighborhood.. Cross has also been picking out her clothes lately.. and one thing is usually the same.. Her Boots, Her tutu, and JA... These are her favorites. 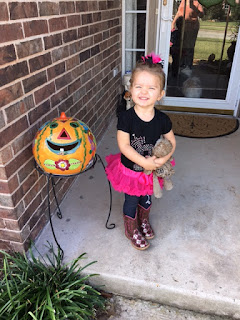 Everything else has been good.. we are still unpacking.. still trying to get stuff setup.. but getting closer. We bought an awesome Farm Table to be our new dining table and it should be here in two weeks.. We have had some awesome family members that generously gave us 'house warming' presents so we were able to buy a few new pieces of furniture! Gotta love that!!! Once again, we are truly blessed to have such great families who love and support us.. We also have an amazing field for the dogs to run and play in that is part of our HOA.. Banks Loves it, and so do the Tzu's.. Here's sweet Londyn enjoying her field.. and her twirly Curly Curls.. 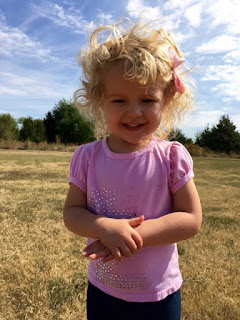 I thought the girls might have a hard time adjusting to the new house, but they didn't.. They are doing great.. and they love it too. When everything gets all setup we will have a house warming. I'm excited about this house being bigger because I want to host Women's bible study, and Christmas parties and all kind of fun things!

We are going to try to go to some Pumpkin Patches soon.. This is such a fun time of year! We have Cousin Joe's birthday party on the 23rd, and I think our Small group is going to visit ORR family farms on the 17th, so lots of fun things coming up. Plus Crossings does an amazing Halloween event for the Kiddos with candy, moon bounces, games and more.. I'm super excited to take the girls to that! I love our church!

My friend is doing better with her baby.. Baby is over 2lbs now.. Still battling some complications, but she is growing, and that is a big deal.. so we will just hope and pray that things continue to go well! We had a much needed girls night on Saturday and it was good to just sit back, have a glass of wine and laugh.. I'm very blessed to have such amazing friends in my life!

In other news Banks is officially a therapy dog! She will now get to start going on Visits.. I'll probably take she and Miss Pays.. might retire Sawyer.. he was never that good at it anyway, lol