Two words for you. POTTY. TRAINING. 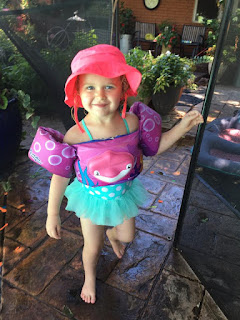 Why do people do this? I really don't know.. I mean sorry for being negative here.. But I just don't see the point. I mean yeah, ok, we can't pee our pants forever.. But.. It sure seems, TO ME, that wearing diapers is easier.. and I know what people are saying.. "blah blah KC, you can't wear diapers as an adult.. etc".. Ok whatever. There are times when wearing a diaper on a road trip sounded REALLY good to me..Ask Jordan.. He will tell you, that he would MUCH rather me wear a diaper, than stop to pee 245 times.. Now.. Imagine doing that with ME and the GIRLS. See, that sounds awful.

Before I had kids.. I was always like.. Oh woopty do. You potty train them at 18 months (Because that is when My mom said I was potty trained) and call it a day.. they will get it immediately, and be bionic potty trained machines. NO. NO. NO. This is not how it goes fellas.. ITS NOT. For example.. right now.. Crosslee is 100% potty trained on Pee. She tells us she needs to go, and goes in the pot 100% of the time. YAY Cross! See that was easy!. NO. Because she does not Poop in the pot. Like ever. So now.. I ask you.. What is worse? Spending money on diapers? Or spending money on new Underwear? The diapers are cheaper. And a lot less of a mess.. But what about Cille you ask? Yeah. Haven't even started. You know why? Because Londyn Lucille doesn't do anything unless its her idea.. So here's how that would go: 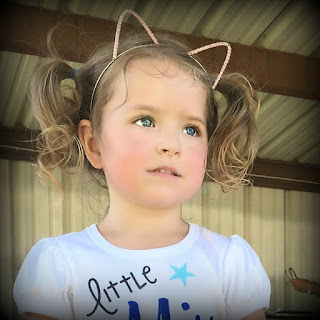 I always thought that training dogs would give me a leg up on training kids. Dogs are usually pretty easy, because they are either 1) Treat Driven, or 2) Praise Driven.. For example, Miss Payslee was SUPER easy to potty train. Because she was Praise driven AND treat driven.. She had one accident, we corrected that, praised her, gave her some liver, and boom! She was completely house-trained by 8 weeks old. Then there was Sawyer.. Sawyer grew up in a cage, so we had a lot to overcome by the time I rescued him at 12 weeks. He was not praise driven at all. So it took SO..........MUCH......Longer.. Because he just didn't care.. He was always listening and watching.. but he doesn't' do anything till he's dang good and ready to do it.. I used to try to reward him with Liver.. and he would spit it at me.. That is Londyn. She's not doing it until its on her terms.. I don't care who tells her, or how great of an idea it might be. So Londyn might be one of the Kindergarten kids you see in diapers.. I'm not sure.

So.. I've given Cross a few more weeks. If she doesn't quit pooping in her pants by then, I'm just going back to diapers. Go ahead, judge away.. but I think its more stress on both of us when she doesn't get it.. So we can re-visit it later.. Maybe by that time Lucille will be ready to try. Who knows. They both may go to Kindergarten in diapers. Yay me.

In other news.. that is less 'crappy'.. see what I did there! Hey! Zing! Ok.. We had a great 4th of July.. but MAN OH MAN it was hot. Gigi Picked up the girls on Friday, and Jordan and I went down on Sunday..They had a big weekend with Gigi & Pa.. and then we went to Dads house on the 4th of July for the Big Sentinel Extravaganza.. Ok, its prob not THAT big.. but it was a parade, food in the park, and Miss Tiny Tot, and Mr. Muscle.. Techincally, the girls were allowed to enter Miss Tiny Tot.. You can enter from 3-5.. But I didn't think they would care about it this year. I was Wrong. Cross Cared. She cried the whole time the others were on the Stage.. "When is it my turn!".. I should have known.. Here's her routine.. she is doing a little dance..

But.. they always have next year.. because this year.. Cousins, Ava & Joe won! They brought home the gold and represented! So Maybe I'll work up a magical little twin routine for next year, and we can carry on the tradition.. Here's the Fabulous Four.. 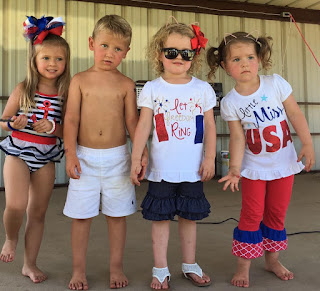 We had a great time! And the girls were really sweet most of the time.. They still like holding hands, and hugging each other, and that makes us really proud. I mean geez.. whats the point of having two at a time if they aren't going to like each other.. Am I right! 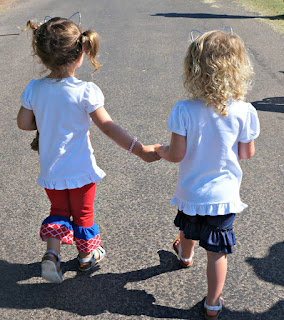 Jordan's Grandma died on Sunday.. Sad deal, but she got to see everyone she wanted to see and died peacefully. It was his dad's mom, Geraldine, and we got to take the girls to see her last week. Cross said the Lords Prayer to her, and told her the Love & Logic Motto.. lol.. She was happy to see them, and they brightened her day, which is why we were there. Everyone got to say their goodbyes to her, which was awesome, and she wasn't in any pain, which is the best thing we could ask for. Her funeral is this weekend, so we are going to take the girls to Tulsa for a little get-away. Hopefully they will be nice and quiet during the service.. but.. They are twin 3 year olds, so who know! I'll report back.. Hope you guys had a great 4th..and I hope you aren't potty training anything anytime soon. 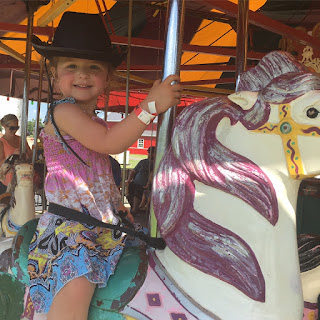 Well.. its been an interesting couple of weeks..

Before the Girls birthday Party mom had taken off work and was going to watch the girls for the week while I put the finishing touch on the Michael Jackson Party.. But Steve got really sick, and we had no idea what was going on.. So we rushed him to the ER, My Dad Kirby Rushed to get the girls.. We rushed to Western OK, then Steve was Rushed to OKC.. So it was kindof a whirlwind of events.. Turns out.. after 5 days in the hospital.. He had a bleeding Ulcer.. The fixed it.. Then he had another small one.. and they Fixed that.. Then he ended up having a Scan that showed some weird mass on his Rib.. so that led to us all freaking out.. praying.. wondering if it was Cancerous.. Finding out it was not.. Praying again... Giving Thanks.. and Celebrating. And it just really gets your minds to thinking that this Life does not last forever. 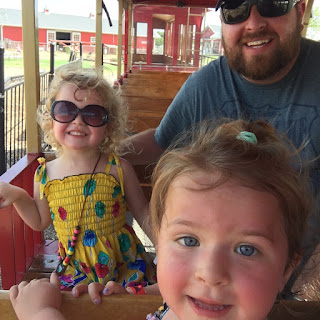 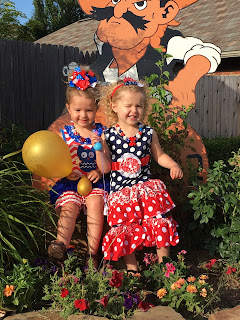 Everyone had told me SO. Many. Times. I mean seriously. So many.. "Enjoy those babies, because it all goes so fast".. And for awhile.. Jordan and I wanted to punch those people in the face.. because we were thinking, "HOORAY! Let it goooo.. let it gooooooooo (Frozen reference there)".. Because it was SO hard. .But now we see it. The girls are growing so much.. which means we are only getting older.. Which means My parents are getting older.. And while this is an amazing time for all of us.. I get a little emotional when I think about it now. I'm just not sure I'm ready for this stage of life! I don't think you ever get to a point where you don't think your parents are invincible.. Or I know you certainly don't want to. But thankfully.. everyone now is healthy, so we are going to continue to count our blessings!

4th of July is just around the Corner.. Sentinel always has a Celebration and we are going to take the girls down there to play with their cousins. They have a contest for "Miss Tiny Tot".. but I think we will wait till next year.. By then I can work up some sort of magic Twin Tag Team Tiny Totting! Plus.. right now.. All Cross wants to do is listen to Beat it.. so I'm not sure what that routine would entail. 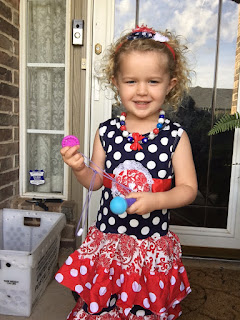 We took the girls to Orr Family Farms last weekend.. It was Hotter'n Hades.. but we went when they opened at 10. They love jumping on those Jumping Pillows, riding the Carousel, and of course.. riding the Train. Pops and Grammy are taking them to spend "A Day with Thomas" in September, and they are going to flip. They will both be super excited.

Mom is coming to get them tomorrow and they LOVE swimming, so they will be doing that, Riding Woody, playing in the hay, and just doing their usual Farm Adventures. I'm so grateful they will have fun Farm Moments!

There have been a few moments (A FEW.. I said) when its bee really super fun to have twins. The girls really like playing together now, and watching the way they love each other and take care of each other is really cool. God knew I was only going to get pregnant ONCE, and so he really made it count.. now they will always have a built in friend..and someone to talk about their crazy parents to.. lol 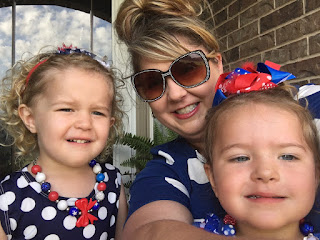 Posted by KC Sheperd at 7:00 AM No comments: