The Last one Picked.. 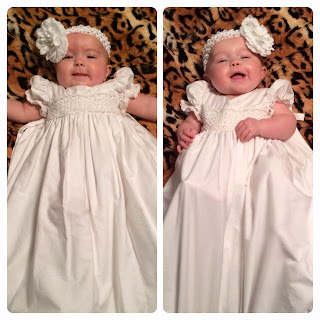 I had a pretty good weekend.. We (the family and I) went to the farm to see Gigi and Papa, and Grammy J & Pops.. However, I was also helping watch the cattle.. Well I get there and Steve had to pull a calf the night before.. It was HUGE.. way too big and had trouble..Its head and tongue were swollen and he thought it would probably die.. but it didn't.. (yay!) but it couldn't eat from its mom, which meant I had to run a tube down its throat to feed it (boo).. This was nerve wracking to me because 1) if you get it in the lungs, the calf dies.. or 2) if you choke the calf it dies.. Well Mom and I manage to get it done..Correctly! Success! Only to have the calf die 6 hours later anyway.. (sigh).. LIfe on the farm.. But we did have a great time taking the girls to visit the grandparents..

Last week MJ & I took the girls to Northpark Mall to Trick or Treat. They had fun. They didn't really trick or treat, but they loved watching all the other kids walk around in their costumes. We had a good time, and thats a great idea to do if you have kiddos trick or treating next year. Then we went over to Laura & Terry's house to visit with them.. Laura made Whoopie Pies, which were Whoopietastic!

So I'm going to be honest with you... Looking for a job sucks. There are several layers of suckiness to this process, so I thought I'd go over a few of them for you in hopes that you will never be in this situation.. BUT if you are, you'll know what to expect.
1) You constantly feel like you are the last person picked on the playground.. No one likes that.. especially Me, because I was never that guy.. Well when you get let go from your job, and others get to stay, its impossible not to feel like you weren't "Picked".. which is sucky.

2) You have to FIND jobs.. Finding jobs is a new level of suckiness.. because even if you find a magical one, there is still no guarantee that they are going to PICK you, so you are back at square one. So you have to look for jobs all over 345443 different sites and sift through.. blargh. No likey.

3) You have to update or create your resume'.. Now this one is really a pain. Especially if you have had several jobs in different industries. Imagine mine "Former radio personality now working in IT that has also taught in College".. Yeah.. it doesn't make much sense.. BUT thats really my life! So I have to try and build a resume out of that even though it looks and sounds ridiculous. Most people are already thinking "How in the hell did a radio personality end up in IT anyway?".. Yes, I get it.. and yes, its hard to describe on paper.

4) Once you get your resume finished.. You realize that it is pretty lame compared to the coolness that you actually are in REAL life as opposed to on paper.. For example, Am I going to write "Dabbles in Accordion playing and able to Whistle masterfully the "Winds of Change" song?" Or "Shoulder Checked Bobby Mercer to get a great Picture with Garth brooks?" Probably not.. Is that kinda awesome? Um yes it is.

5) If you happen to get a hit on your resume, and you do get called in for an interview.. THEN you get to try to convince people that you are awesome and should give you the job.. You may be saying, like I am right now, "How do they not know of my awesomeness?" I don't know.. this will always be a mystery to us both.. but thats how it works in real world land, and yes, its sucky.

6) You will apply to some jobs that you are WAY over qualified for, only for people to say to you "You aren't really qualified for this job".. Um how does that work? I once applied for a Communications job to have the people say to me "You don't really have enough communication experience".. Oh! Ok, that makes sense! I thought being on the Radio for 13 years, TEACHING radio, and Communicating with the world EVERY DAY would suffice as being a good communicator!! Sorry, bout that! I'm just silly!".. So get ready for that..

7) Lets pretend you do get the resume, you do great in the interview, and you get the job.. HOORAY! Guess what? All your insurance, and vacation days start over. WHAT! But I had just earned 4 weeks 2 day at my LAST job! And I may have to go to the doctor in the next 90 days, what do I do? Oh.. I can't? And Nothing? Great.. That sounds awesome!! lol.. So yea.. go ahead and slap me in the face.. Hopefully by that point you are uber excited to have the new job and you won't care about vacations or having to go to the Dr.

So.. those are just a few things I'm pondering today.. As I'm reading them, I realize that's really negative and schmowy, so now we are going to focus on a couple of cool things about not having a job, and since its November, we are also going to be thankful. Here's some positive, thankfulness things. 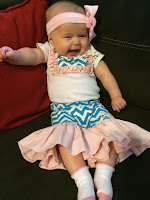 1) I have really cute kids.. Not only that.. they are GOOD babies. People keep asking me if they are like that all the time.. The answer is yes.. Because I think when the Lord gives you more than one, he makes them extra sweet because if not, he knows you might want to put them outside..

2) While not only cute, and good.. My girls are healthy. We haven't been to the Dr for anything since they were born but shots. How great is that! I'm super happy they are healthy, but the cute thing is a "double" bonus.. (see what I did there? double.. twins.. Zing!)

3) I get to spend more time with my girls! We still have Lapoppins, (the nanny) but she has been sick lately, so I've been spending more time with them every day and enjoying watching them do new things. They are both rolling over, and sitting up.. Crosslee tries to feed herself, and Londyn tries to crawl. They are cute and sassy.

4) I have the Best husband.. Like ever. He is not one of those that has just thrown the girls onto me while he goes to watch TV or play video games.. He helps me in every aspect of parenting. He's sweet, generous, patient, and caring.. and Yeah, we probably screw some things up sometimes, but I'm so glad to be on this journey with him and no one else. Plus he supports me in whatever I want to do, even if its ridiculous and a pipe dream.. He's still my biggest fan. Plus I really just love love him. I waited my whole life for him, and marriage is so much easier when you marry the person that God built JUST for you.

5) I have an amazing family, and the girls have amazing people who love them. Some People will say divorce is awful, and yes, I agree, at the time it usually is.. But my girls have 4 sets of grandparents that love to be around them, kiss them, hug them, and spoil them.. So I think thats pretty great. They will never know what its like to only have ONE set of grandparents at Christmas, and thats awesome. The other cool thing? My brother Grant, and Sister Lexi, all had kids within 8 months of each other! So now our kiddos are going to get to grow up close to the same age and hopefully form a tight bond. We got to stop by and see my Sister and Cousin Joe on Sunday.. The girls had fun with him (see left) he's a cutie!

6) I have great friends. I don't see them that much, but when I do, we jump right back in where we left off. I've also been sad to have left some of my friends at my former job, but I've kept in touch, and I know that I've made some friends for life there too. I know that my friends love the girls, and would always help out if I needed them. 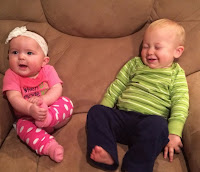 7) I have an amazing church, and an amazing church family. When Jordan and I think back on our journey through church we get so excited. We had wanted to know Terry & Laura on a personal level for years because we had looked up to them and just thought they would be excellent people to get to know and be around. Now we are privileged to call them friends and they are also in our girls lives which is such a blessing. We love hearing about their family, and I know they will be a strong support system for us as we raise our girls. We also have an amazing small group family that prays for us, and encourages us.. We love going there knowing that there are people going through the same things we are, and that we can all be there for each other. Plus, my church, Crossings, Is just amazing. If you've ever visited there, you know what I'm talking about.. If not, come on by, you are always welcome. 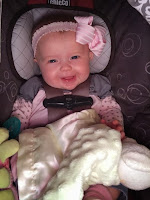 8) I serve an amazing God. I am one that truly believes "Through Trials comes Grace" and sometimes you just have to go through the crummy stuff to get to the good stuff. I know that this is a trial in my life, but I know its not without reason..and that everything I'm doing today will be preparing me for something awesome later on. God & I have never agreed on 'timing' but I've always realized that his timing, and his plans are way better than anything I could have come up with on my own.. so sometimes you just have to be patient and trust his plan. Patience has never been my virtue.. I have many others, but that's not one of them.

So.. while I continue to look for a job, I'm going to be thinking of other things I might want to do with my life.. I enjoy writing this blog, and found out that it can now be published on Amazon and then people can read it on their kindle or Ipad, or tablet.. so that's pretty sweet. I'm working on getting that done now. I'm also working on the Podcast.. Hopefully Lapoppins will be feeling better soon and I can get that done.. While squealing children would appeal to some on the podcast.. Might not appeal to others! lol.. So I'll have to do it when they are resting or doing something fun with Lapopps. I'll keep you posted on that..

I"m going to watch the CMA awards tonight.. They will be good.. As bad as I hate to admit this, Crosslee loves dancing to the "Catfish Dinna" song by Luke Bryan.. blargh.. lol.. but it is catchy.. Hope you guys are good!!
XXOO
K